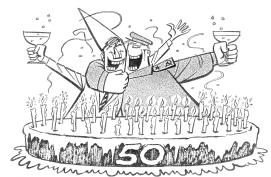 In 1967, many people, West and East, are celebrating the 50th Anniversary of the "Glorius" October Revolution. To help people understand more about what they are celebrating, we offer a few slices of the anniversary cake. We hope no one gets indigestion. 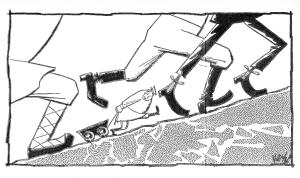 After the overthrow of the Czar and his government, the people of Russia began their uphill rush toward democracy. The Bolshevik Party worked among the intellectuals, laborers and peasants striving toward the peak. The Party pulled a small and well disciplined organization behind it. 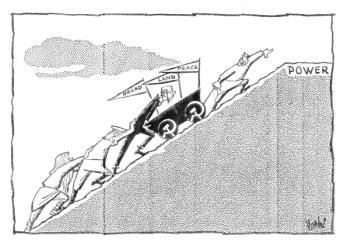 The Party unselfishly led the way to the top. 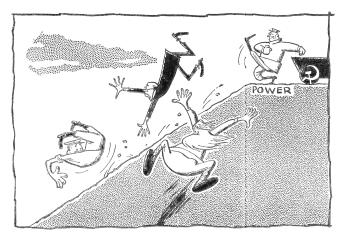 Once on top, the Party insisted upon assuming the thankless job of ruling, generously waving aside all help.

This is what they celebrate nowadays as the Great October Revolution.