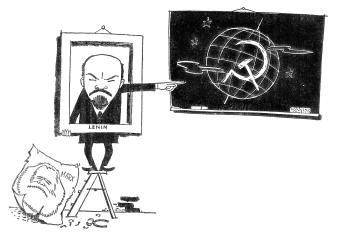 Lenin, the great teacher who engineered the October Revolution, translated Marxism to fit Russian conditions. Its philosophy: The end justifies the means. It's goal: Communization of the World. 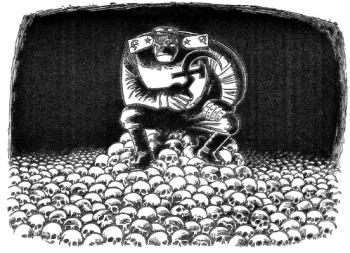 But, first of all, order had to be established at home. This was done by abolishing the Czar and his family, the nobility, the landlords, the bourgeoisie, the czarists, the capitalists, the Mensheviks and other kinds of -ists and -iks. "...Terror cannot be dispensed with..." said Lenin and his words were carried out to the letter. 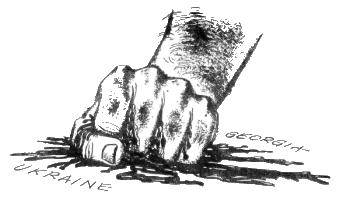 The Soviets' love for their fellow men never recognized borders. The new Ukranian Republic was allowed to join the new Russian Soviet Republics..."voluntarily."

The independence of the new Georgian Republic was also granted by the Soviets in 1921. To "guarantee" this "independence," the Soviets incorporated Georgia into the Soviet Union eight months later, after Red Army invasion.

On to Page Three!!