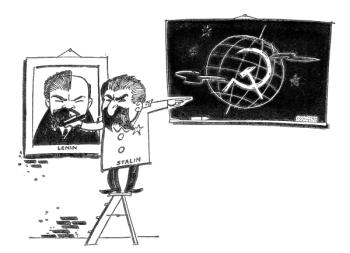 Lenin's death did not stop progress. Stalin, translating Lenin's translation of Marx, announced the same philosophy: The end justifies the means; and the same goal: Communization of the world. But, the methods became a bit more direct in Stalin's translation. 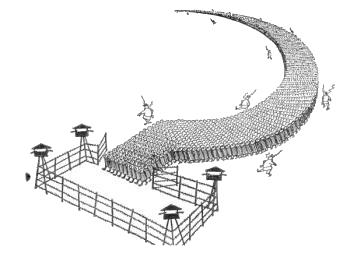 The first Five Year Plan needed a labor force. So a great recruiting began -- with many fringe benefits promised for all. To get skilled labor the Party established labor camps, where people (without charge) were taught how to work. Sometimes they were referred to as "concentration camps," because they represented the blessings of Communism in a concentrated form. 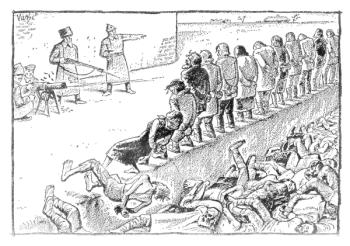 Food was scarce, creating some discontent in certain groups who had not found enough calories in Communist theories. The Party had a simple and effective method to create more food per capita.

When the Party finished, there were ten million fewer dissatisfied people. 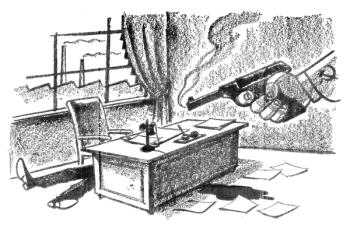 On to Page Four!!