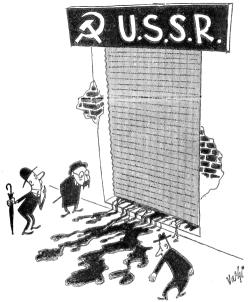 The outside world watched, with great interest, the iron curtain of the great shop where the "liberation" of mankind was being fabricated. Occasionally, unmistakable signs of "progress" leaked out.

On to Page Seven!!