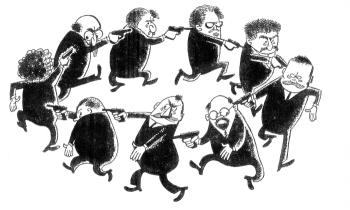 Unity is required not only among the rank and file but in the higher echelons of the Party. There, as everywhere, unity is based on mutual trust. Mutal trust, in turn, is the fountain of party discipline all over the world. 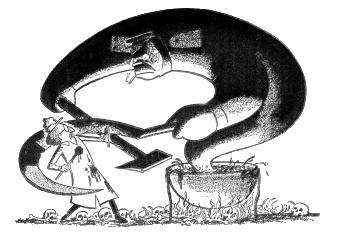 It was embarrassing, though, when the highest Soviet courts had to announce that the top echelons of the Party were full of traitors and hoodlums with sick twisted minds (including some of the founders).

The Party was obliged, however reluctantly, to remove these undesirable elements. 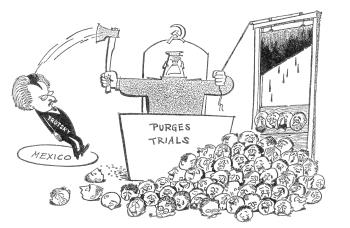 Sometimes the hand of justice had to reach far out, even abroad. But most of the delinquents were within easy reach.

After the public trials of the fallen leaders, thousands of their faithful followed then without any publicity -- from there to eternity.

On to Page Eight!!