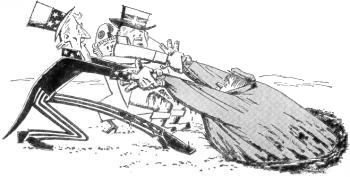 After Hitler's unbelievable treachery, the invasion of Russia, the Soviets were eager to lend a helping hand to the Allies in order to save them from the perils of war and defeat. 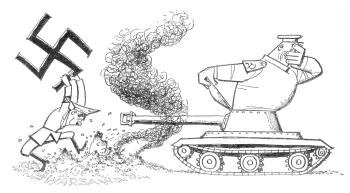 Encouraged by the Soviets, the people of Warsaw revolted against Hitler's bloody tyranny. Hitler reacted with all of his mad fury. Because it could not bear to watch the aweful sight, the Soviet Army stopped short of Warsaw for more than two months until the carnage was ended. 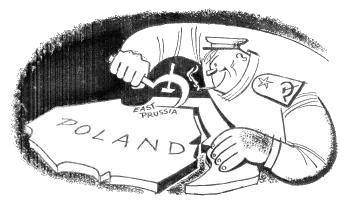 To console themselves, Russia annexed the eastern part of Poland and northern East Prussia.

On to Page Eleven!!