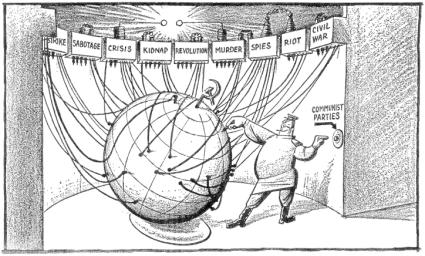 Technology was far from ignored in the Soviet Union. A miracle machine was built. It worked on the principle of automation: namely, non-thinking machines can eliminate thinking people, just an updating of the old philosophy "the end justifies the means." 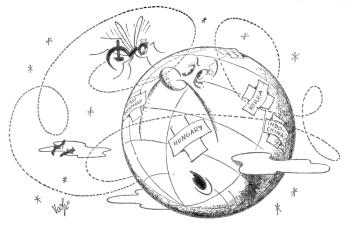 Long before Sputnik, the Soviets invented a new form of insect life, the Coldwarnik, and sent it orbiting around the world. 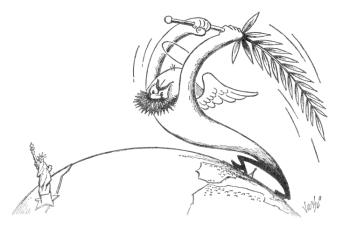 To demonstrate their love for peace, the Soviets staged impressive peace conferences in Prague, Stockholm, Paris, and other places. They were determined to extend the olive branch, even if it killed somebody.

On to Page Sixteen!!