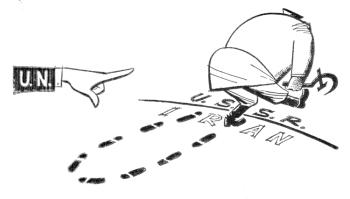 In an outburst of friendliness the Soviet desired to make an ally of Northern Iran, and moved in with the glorious Red Army. But a rare thing happened: the UN stiffened its spine and called off the one-sided love affair. 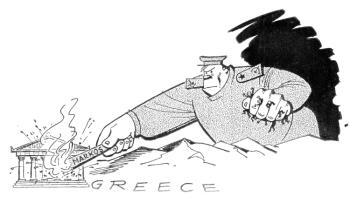 Also for the love of peace, the Soviets encouraged Markos to liberate Greece from the yoke of the West. But, after the alleged defection of Yugoslavia's Tito from the Kremlin line, this project had to be abandoned. Thousands of Greek children who were kidnapped are still in Iron Curtain countries. 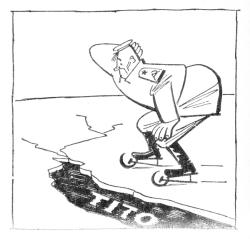 Tito's defection from the Kremlin line seemed to be a nasty crack in the otherwise smooth ice. But Tito never made any real trouble for the Kremlin and never will. In fact, his "break" helped the Soviets to recognize the necessity of taking certain precautions to prevent cracks in the other satellites.

On to Page Seventeen!!