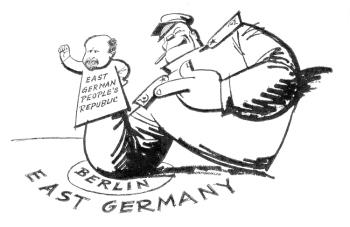 The Soviets were naturally irritated by the protests of the Western Allies about the repeated Soviet blockades of the Berlin land routes. So they established the sovereign East German Socialist Republic to give the West an authority to turn to concerning blockades and similar matters. 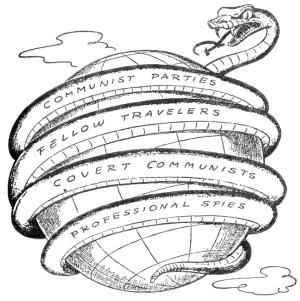 The Communist apparatus formed rings around the earth, made up of assorted political idealists, sicial misfits, bonafide spies, traitors and pleaders of the Fifth Amendment. All served the Kremlin cause in one way or another. 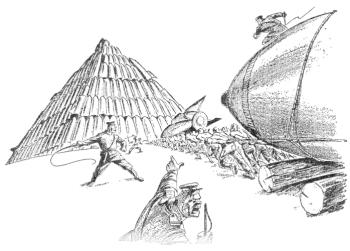 From the beginning, a tremendous emphasis was put on industrial development to further peace and improve the standard of living of the people.

On to Page Twenty!!