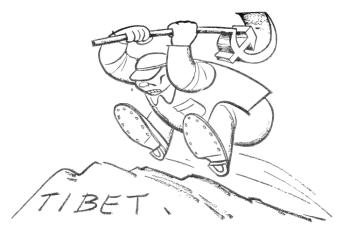 The Chinese did not sit still while their hundreds of thousands of voluntareers were fighting in Korea. Since Tibet had not had an agrarian reform program for years, Red China took pity on the backward nation, and began the softening up and fertilization of Tibet's rocky soil. The Big Leap Forward had begun. 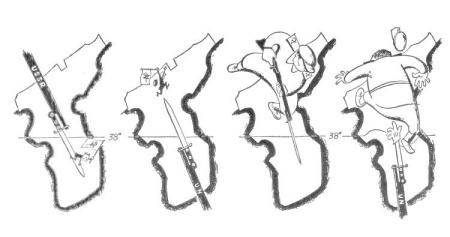 The game was the same in Korea, but the rerormers took quite a few steps backward. 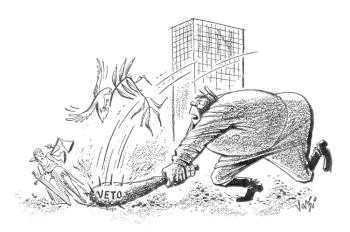 Until Korea, the Soviets were always on hand with their veto when there was hope for peace and international justice. Having walked out in a huff, they were not in the U.N. when it voted to intervene in Korea.

On to Page Twenty Two!!