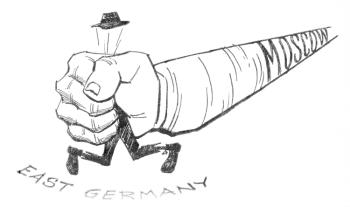 That the Soviets were always eager to extend a helping hand to people fighting for their freedom was readily demonstrated when some scattered reactionary elements in the East Germany instigated rioting. 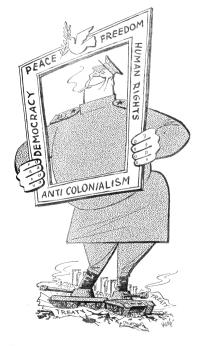 Through all these perilous times, the Soviets worked hard to protect a peaceful image, but usually managed to reveal where they really stood. 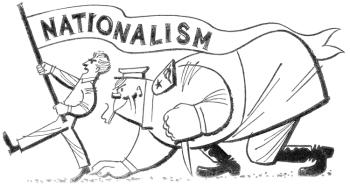 The Soviets did not abandon their enthuiasm for nationalism (outside the Iron Curtain). They strongly supported Algiers, Egypt, Syria, all the Arab nations, the new African states and Latin America in their nationalistic efforts.

On to Page Twenty Four!!