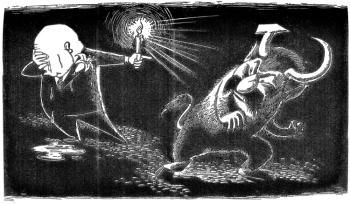 When Khrushchev, in tears, focused the white light of "truth" on the late Stalin, the world was deeply touched and concluded that Communism was beginning to mellow. 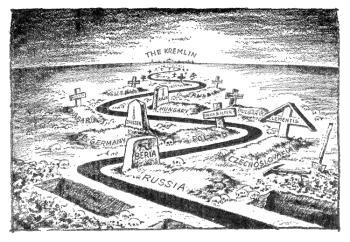 For those inside the party, Communism, since its beginning, has followed a straight party line. It only looks crooked from the outside. 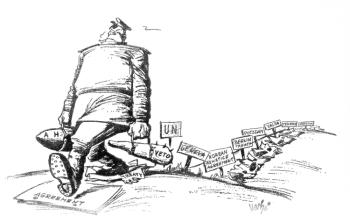 From 1917 until the Geneva Summit Conference the Soviets signed fifty-two agreements with the West. Only two have been kept by the Soviets, who for all their attributes are forgetful now and again.

On to Page Twenty Six!!