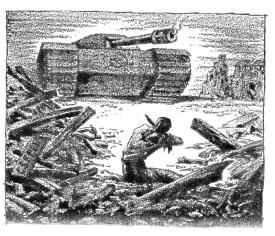 The dust had barely settled in Poland when the Hungarian people borrowed the idea of a Glorious October Revolution from their Soviet friends.

But Lenin had said that revolutions are not exportable. So the great Soviet friend of the Hungarian people crushed, very efficiently, a stubborn band of "Western agents" fighting with smuggled "Western weapons." 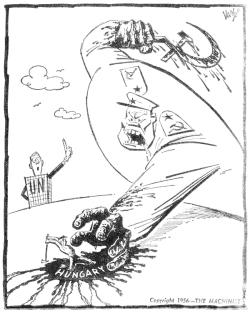 While Soviet troops joined the Hungarians in their revolt, the West considered what it could possibly do. Sympathy was quickly extended by some, and other courses of action were discussed. then to everyone's great relief, the UN got busy. There was even talk of sending notes, but no one seemed to know where. 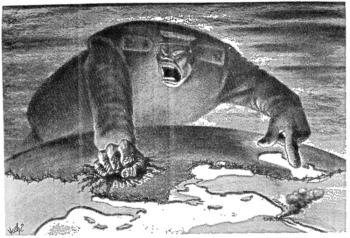 Some powers decided this was the right moment to settle differences about Suez. The Soviets, as always, protectors of international law and justice, were quick to cry "bloody murder."

On to Page Twenty Eight!!