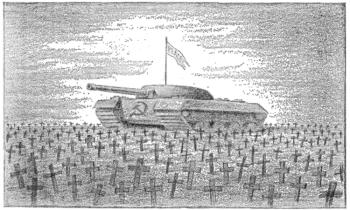 Thanks to the tanks of the glorious Soviet Army, peace was restored in Hungary and all was quiet again on the Eastern Front. 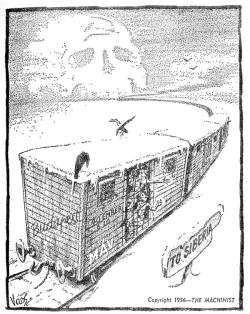 A large scale cultural exchange was begun to re-educate the Hungarian people. Transportation to the famous Soviet educational system was free, and the trains are still rolling. 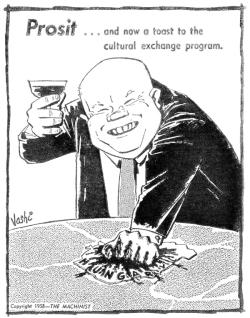 Cultural exchange between the East and West was becoming a reality shortly ater the execution of Imre Nagy, Hungary's Prime minister during the revolt. Nagy had asked for Western intervention, but only the Russians cared enough to intervene. Time erases most bad memories, however, and before long artists and tourists swarmed back and forth across the borders.

On to Page Twenty Nine!!