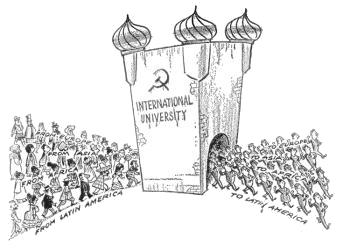 The famous Soviet education system cares dearly for all countries' education. Thousands of youth from the continents of Latin America, Europe, Africa, and Asia get generous scholarships to Moscow University where they are taught the intricacies of history, struggle of the classes, Psychological warfare, Philosophy, Marxism-Leninism-Stalinism-Khrushchevism, and agitation-propoganda techniques 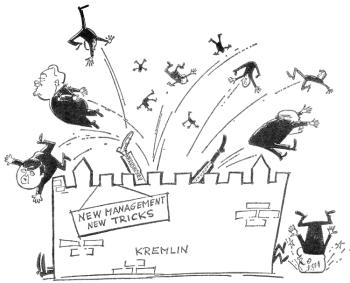 Amidst all this culture, political changes were necesary. Again it became apparent that the kremlin was full of crooks. So with Marshal Zhukov's help Khrushchev put the Kremlin under new management. 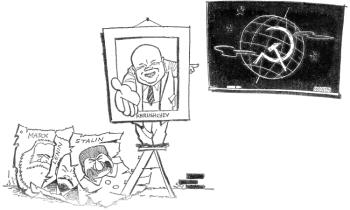 With Mr. Khrishchev in the picture the old goals remained the same. Marx translated by Lenin, translated by Stalin, was now interpreted by Khrushchev -- and the goal was still "world conquest."

On to Page Thirty!!