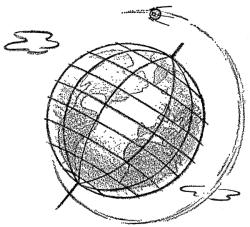 The Soviets discovered the power of education long ago. With intense study and the data obtained from the West in various ways, Russian science made tremendous advances. The whole world, therefore, was left gasping, when the first Sputnik was fired into orbit while the three services in the Pentagon were fighting over which one should have priority in the missle field. 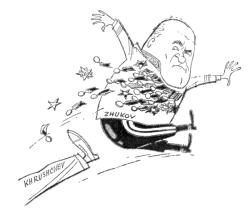 Then Marshal Zhukhov was fired into oblivion by Khrushchev, as an example of his gratitutde for having helpied him into absolute power. 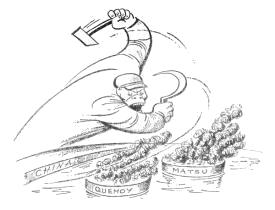 Anxious to keep sowing reform in Asia, the Chinese agrarian reformers, after acquiring a few islands for nothing, tried to harvest Quemoy and Matsu also.

On to Page Thirty One!!