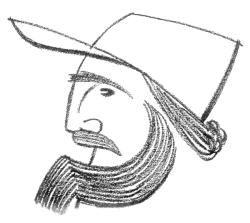 In Cuba a revolution changed rulers and since then infidelity is not at all rewarding. Fidel Castro insists the shape of one's beard is one's own business. 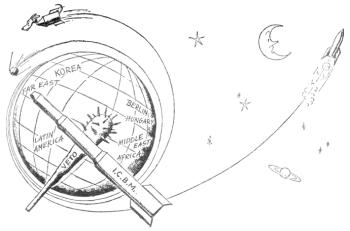 After the first Sputnik came a bigger one, giving man's best friend a free ride into space. This added prestige to Soviet diplomavy, which orbits relentlessly around the world. 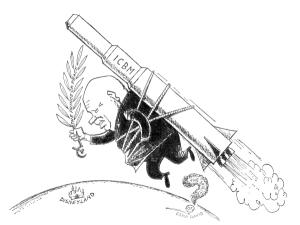 When Lunik hit the moon, Khrushchev hit the U.S. From Washington D.C. to Disneyland, the Soviet leader delivered his message of, "Let there be peace and brotherhood - or else!"

On to Page Thirty Two!!