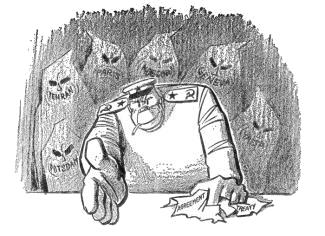 Never one to forget a good idea, the Soviets can be expected to extend an invitation for another Summit Conference. there will be a new Spirit at the conference table, but the old spirits will be present too. 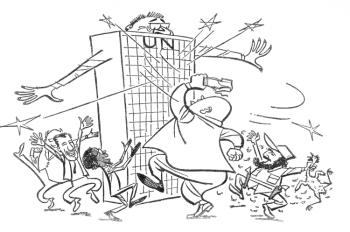 In need of a new forum, Mr. K. put in a personal appearance at the UN. He introduced some new techniques in diplomacy, almost lost a shoe, but stole the show while his "little helpers" cheered on. 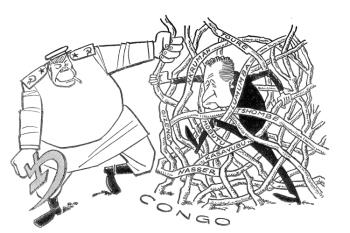 Freedom in the Congo meant the return of the law of the jungle. The Soviets were eager to cut a clear path through it, leading to Moscow of course. The UN, with Hammerskjold in high command, plunged into the picture, but the situation remained somewhat tangled.

On to Page Thirty Four!!