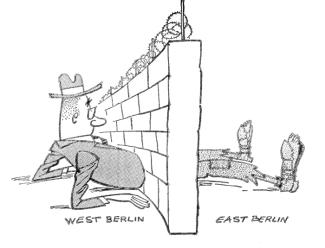 So one morning the Wall was there, built, of course, to prevent people from the West from entering the Communist Paradise without permission. 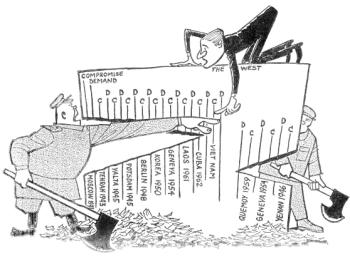 There is an old Communist game. "Demand and Compromise." Nowadays it has become so popular, and rewarding, that more and more are eager to play it all over the world. Especially since yalta, Malta, Potsdam, Teheran, Geneva, ad infinitum. 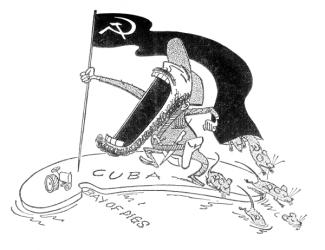 the Bay of Pigs taught Fidel a lesson: that he could do just about anything he pleased. He raised the Red Flag, opened his mouth even wider and stepped up the export of Cuban "tourists" to other Latin American countries.

On to Page Thirty Six!!