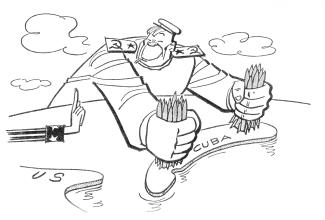 As a friendly gesture, the U.S.S.R. planted some very specail "Redwoods" (Sequoia sempervirens) in Cuba. After an unfriendly gesture from the U.S., the Soviets took their crop back (or at least pretended they did). But they left the room for Fidel to nurture. 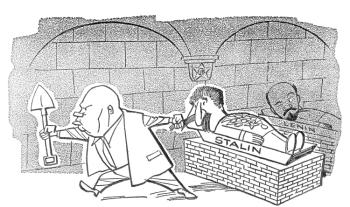 Sic transit Gloria Mundi
(So passes the glory of the world)

He who had put so many to rest was not to rest in peace. Stalin was dragged from his coffin and buried for good by the Master Burier himself. 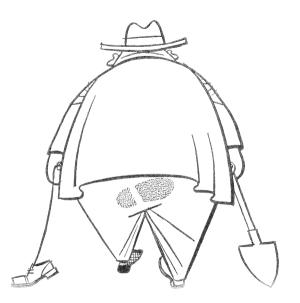 In 1964, Chariman Khrushchev was elevated to the status of Elder Statesman. Since then the volume form the Kremlin has been turned down but the message remains the same.

On to Page Thirty Seven!!